Iolite most commonly occurs in shades of blue to gray, violet or indigo. It displays a visual property called “pleochroism,” which means that it can appear to be different colors as it shifts in the light. According to Norse legend, Viking explorers used thin pieces of Iolite as the world’s first polarizing lens to help them determine the exact location of the sun for navigation. Iolite is also known as dichroite, cordierite, and more commonly, water sapphire. It is usually found in India, and is associated with the astrological signs Libra, Sagittarius, and Taurus. It is used with the Brow (Third Eye) Chakra. This necklace was made with Iolite Chip stones and silver accents, chain, and a lobster clasp. 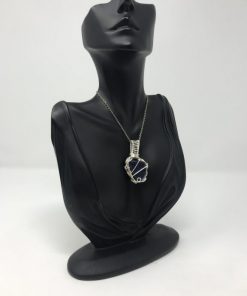 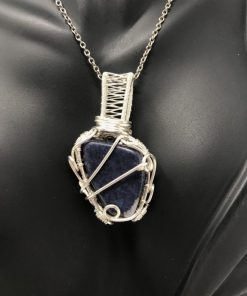 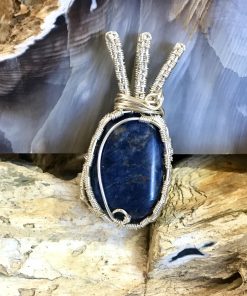 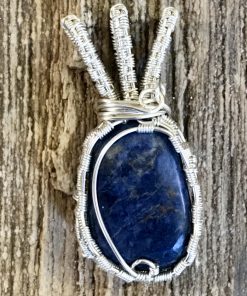